When I first heard the term DevOps, What I understood from by peers is that,

“The process of deploying application in any environment (dev/QA/prod) is called DevOps. It’s just another synonym for operations.”

“Okay, Cool !!!, It’s just another buzz world floating around in the IT industry”

People who have some idea about DevOps, know how wrong I am!😆

But after spending some time in the IT industry & seeing job recruitment posts with designations such as requirement of AI-Ops, ML-Ops, Data-Ops, Fin-Ops…. X-Ops engineer, I was like wait a minute, DevOps has to be more than just deployment.

When I googled DevOps, Here are a few definitions, I found on the internet

“DevOps is the combination of cultural philosophies, practices, and tools that increases an organization’s ability to deliver applications and services at high velocity.”

“It is an intersection between development & operations.”

“You take a process that is being done manually & automate it.”

Here’s an interesting perspective of DevOps. 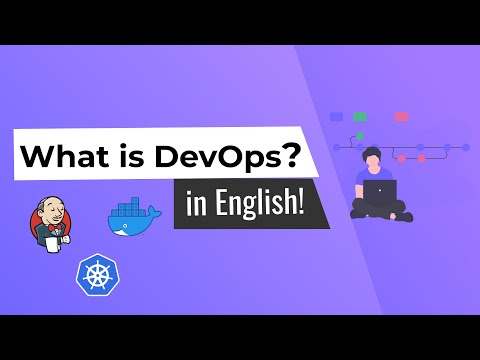 The term in general is so loosely defined that it is difficult to understand, especially when you don’t have much historical context of software development that led to this revolution.

💡 But these definitions made be think

Many more such questions came to my mind. So to really understand DevOps, we need some historical context of how software delivery process has always been carried out.

📌 Following are the stages involved in a typical software development process.

Our software development process hasn’t changed much over the last 3 decades. Software teams are usually comprised of development teams (who write code) & operation teams (who deploy & maintain applications). Both these teams are responsible for software releases.

With the above team structure in mind & the way they operate, we can get some historical context.

During the old days software releases used to be less frequent as the requirements hardly changed ever. Systems were not designed to change fast, after deployment. They are intended to be there and be stable.

The only thing that had to be done post application deployment is general maintenance. You know things like upgrading the OS and packages that the system requires.

Infrastructure was not as readily accessible as it is now. As a result of that the operation team was responsible for static capacity planning, provisioning & maintenance of the same. This made the development team and the operations team move at more or less the same rate.

But If you observe carefully, the way we used to do IT is very silo oriented, because you hired people who were specialist in distinct areas. There was not much co-ordination required between teams.

This approach worked great during that time as the frequency of deployment was low. It was rare to see more than one release per month.

Processes & practices were established, and teams adapted to this type of development approach.

But as time passed & requirements started to evolve rapidly. Problems started to appear in the software delivery process

Problems That Led To The DevOps Revolution

Suddenlty there was a need to deploy frequently. The release cycles reduced from months to weeks. But as the idea of changing requirement was not part of the calculus, trying to apply the legacy way of doing things to new changes didn’t always work out.

The operations team found it hard to deploy frequently while ensure stability of the system.

The process & practices started to fail, mainly because of the lack of co-ordination between the teams & tools that were being used (We will explore this in more detail later).

Operation team tried to adapt with the change by writing some scripts & changing processes to get some relief.

But as software system got more complex with the involvement of containerization, microservices, auto scaling & what not, it just got out of the hand. A lot of roadblocks started showing up in the software delivery process.

The real problem is with the people who are developing & maintaining the software.

Any organization’s software team has a straightforward objective:

And everyone in the team is working together to achieve that common objective. However, in practice, software teams don’t operate as a unified entity since each team member has a different incentive to work that takes priority over the common objective.

Because of this incentives

As the team incentives become greater than the common objective, this results into deadlines, production failures, bad user experience etc. All of this ultimately impacts the business.

So to remove the roadblocks,

DevOps was introduced as a solution for

The role of DevOps team here is to identify such roadblocks in software development lifecycle & try to overcome by introducing some kind of automation. This could be via. tools & scripts or processes & practices that will lead to an improved development & deployment experience.

So essentially, DevOps is trying to remove the roadblocks by introducing automation & streamlining the software delivery process. That is why we have CI & CD processes at the center of DevOps.

To conclude, I would like quote the meaning of DevOps from @Patrick Dubois (the person who coined the term DevOps)